Alaskan Fisheries and Communities at Risk from Ocean Acidification

Tiny Plankton Could Have Big Impact on Climate

Scientists Analyze the Effect of Ocean Acidification on Marine Life 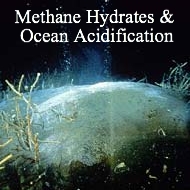 Nov 2014 Effects of ocean acidification on the biogenic composition of the sea-surface microlayer: Results from a mesocosm study. Journal of Geophysical Research: Oceans, 2014; DOI: 10.1002/2014JC010188

​​2010 Paleo-perspectives on ocean acidification
Highest in millions of years​ 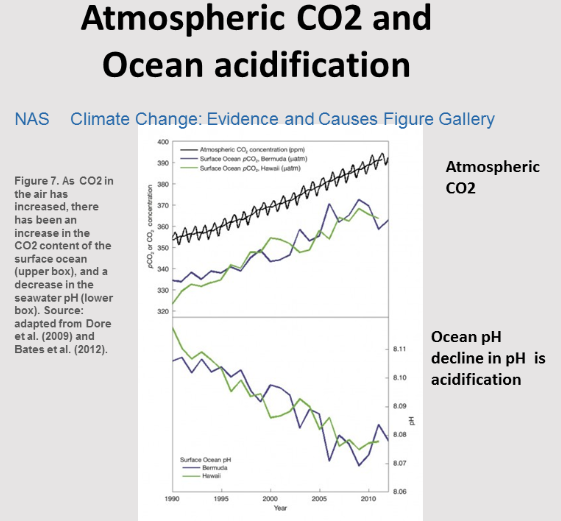 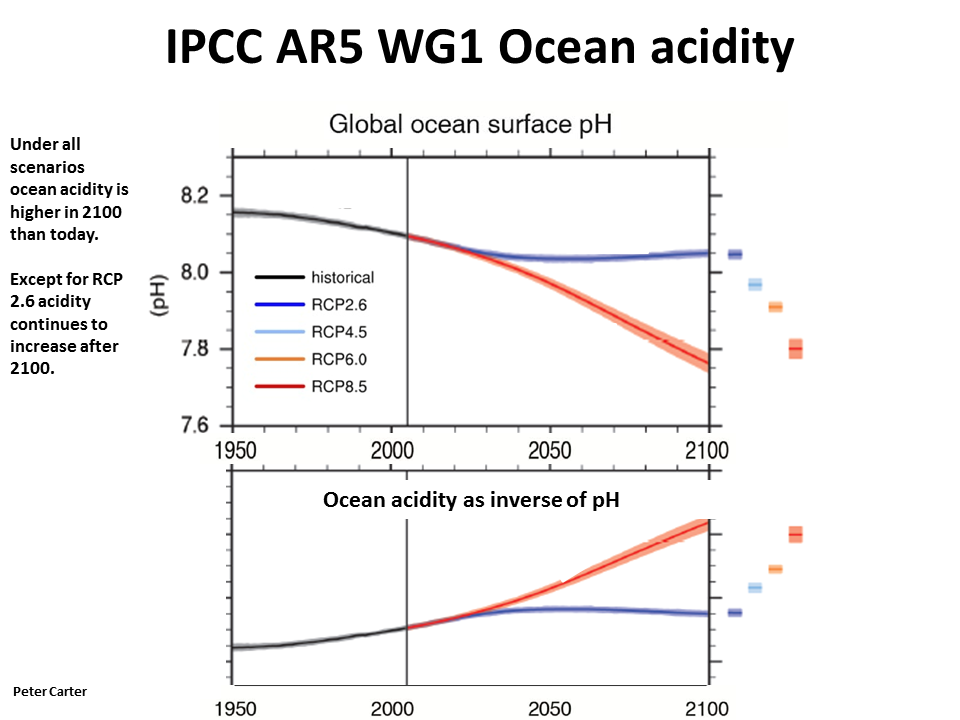 Each unit on the pH scale represents a tenfold
​inverse
​change in acidity.

Feb 2016 Sea Change: the Pacific's perilous turn​
Prior to industrialization, the concentration of carbon dioxide in the atmosphere was 280 parts per million (ppm). With increased use of fossil fuels, that number is now over 400 ppm and the growth rate is accelerating. Scientists calculate that the ocean is currently absorbing about one quarter of the CO2 that humans are emitting. When CO2 combines with seawater, chemical reactions occur that reduce the seawater pH. pH is the measure of relative alkalinity and acidity.
​
Seawater has a pH of 8.2 on average because it contains naturally occurring alkaline ions that come primarily from weathering of continental rocks. When seawater absorbs carbon dioxide from the atmosphere, carbonic acid is produced surface ocean pH has decreasedThe average pH of ocean surface waters has fallen by about 0.1 units, from 8.2 to 8.1, since the beginning of the industrial revolution. This corresponds to a 26% increase in acidity. This makes ocean acidification today the highest in over 20 million years.

​​Because the pH scale is logarithmic (a change of 1 pH unit represents a tenfold change in acidity), this change represents a 26 percent increase in acidity over roughly 250 years, a rate that is 100 times faster than anything the ocean and its inhabitants have experienced in tens of millions of years and soon the fastest in 300 million years.